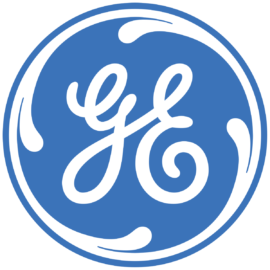 We reported recently on the closure of a gas turbine electric power facility in Norway. The turbine for that plant was built by Siemens, but gas turbines have been big business for General Electric over the past decades as well. Two years ago, GE spent $10 billion to purchase the assets of Alstom, a global gas turbine manufacturer. Now that investment has turned to ashes as demand for gas turbines to make electricity has plummeted thanks to increased interest in renewables.

GE electric power generation cutsNow Bloomberg reports that GE will cut 12,000 jobs worldwide — one fifth of its power generation workforce. “They clearly misjudged the shift that’s going on in the market,” says Jeff Sprague, an analyst with Vertical Research Partners. “It’s possible that there’s some semblance of stabilization, but there’s not really a good case for the business to go back to its former strength.”

A drop in revenues from its power products division has been a major factor in GE stock being a big loser on the Dow Jones Industrial Average this year. John Flannery, CEO of General Electric, intends to cut costs from the power division next year by one billion dollars as part of a campaign to reverse part of that loss. Renewables are having a disruptive effect on the entire electric power generation industry. Last month, Siemens, another large player in the industry, announced it was eliminating 6,900 positions and closing several factories due to sharp drop in order for its power plant equipment.

GE has a substantial interest in wind turbines, but does not dominate that market the way it did the gas turbine business. It is #2 to Vestas, a Danish company we cover obsessively that currently is the largest manufacturer of wind turbines. But here’s the kicker: Gas turbines require lots of expensive care and maintenance. Wind turbines do not. Anyone familiar with the electric car versus conventional car debate will recognize that much lower maintenance costs are a strong argument for going electric.

The International Energy Agency says companies will invest $11.3 trillion to build new power generation facilities between now and 2040. It expects two thirds of that investment will go to renewables, which is bad news for GE, Siemens, and other companies that manufacture generation equipment for conventional power plants. “It’s clear we’re reducing the amount of fossil generation in developed economies,” says Nicholas Heymann, an energy industry analyst with William Blair & Co.. “It’s not like the world’s ending for gas, but I think you’re going to change the customer base.”