Stories That Defined the Global Energy Storage Market in 2017 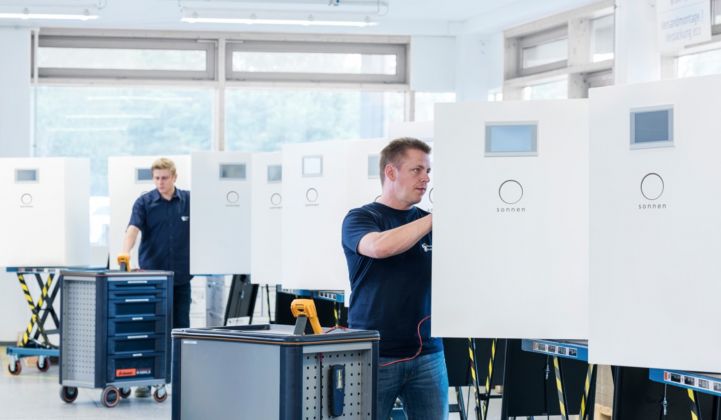 This year’s activity in energy storage could easily fill a book.

While a lot of attention was focused on California, a state that has done more to nurture storage than any other region, there was plenty of action in Asia, Europe and Australia.

Tesla focused most of its attention on Australia in the second half of the year; residential storage developers continue to see Germany as the market to watch; and China is emerging as a global electric-vehicle behemoth.

To understand just how far energy storage has come in these markets, we compiled a list of the most important stories, with a little help from the GTM Research team.

Before Aggreko snapped up Younicos, Wärtsilä of Finland bought Greensmith. And Italian utility Enel acquired Demand Energy as part of a grid edge spending frenzy that also included EnerNOC and eMotorWerks. Enel’s shopping spree is likely just getting started, and there is every reason to believe other large European energy companies will continue to pick out energy storage targets.

While it may not have garnered many headlines this year, Germany’s behind-the-meter energy storage market continued to expand at a moderate clip.

Spurred by the desire to boost PV self-consumption in the post-feed-in tariff era, the German government body Germany Trade & Invest said homeowners were on track to install 50,000 behind-the-meter storage systems a year by 2020. “With falling PV system and battery costs, the business case for storage is gathering pace,” it said. “By the end of 2016, somewhere in the region of 50,000 households and commercial operations had already invested in PV battery systems.”

The scale of manufacturing capacity increases announced in 2017 surprised many experts. Mitalee Gupta, energy storage analyst at GTM Research, said: “In 2017 alone, more than 75 gigawatt-hours of new battery manufacturing has been announced globally, most of which is expected to come online by 2019.”

The 75 gigawatt-hours does not include capacity expansion by Tesla, she noted. Based on this dramatic rate of increase, Bloomberg New Energy Finance last month forecast the global energy storage market will “double six times” from now to 2030.

The world went mad for gigafactories. By June, at least 10 new plants had been unveiled across the world. According to an analysis from Wood Mackenzie, global battery production will need to expand threefold by 2035 in order to meet demand for EVs.

Australia looked to storage for grid balancing and reliability

One of the year’s biggest energy storage stories was Tesla’s race to build the largest battery plant in the world within 100 days, after Elon Musk made a bet on Twitter. Energy storage is becoming an increasingly important feature in Australia as the country struggles to cope with a creaky grid and growing renewable energy penetration.

Prospects for energy storage faltered in the U.K.

The U.K. energy storage industry hit a setback this month after the Department of Business, Energy and Industrial Strategy changed the rules for capacity market auctions in a way that hampers the chances of batteries being installed. The country slashed capacity payments for short-duration systems, which decimates the economic case for many batteries. According to a parliamentary group on energy storage, battery deployment could be anything between 1.7 and 12 gigawatts by 2021 — depending on how policy shapes up in the coming years.

Even with a cutback in subsidy levels, China is on track to set a new record for electric-vehicle sales, with the nation’s Association of Automobile Manufacturers expecting to see 700,000 more units on the roads. That compares to around 500,000 last year. China now accounts for 40 percent of EV sales. The country is also considering a ban on gas-powered cars, which could provide a stronger catalyst for EV growth.

Hurricanes put the focus on storage for grid resiliency

In the aftermath of Puerto Rico’s devastation caused by Hurricanes Irma and Maria this summer, Tesla, Sonnen and others sensed a market for battery-backed, storm-resilient microgrids that could be worth $22.3 billion over the next decade, GTM reported. Interest in the technology is already picking up, according to GTM Research energy storage analyst Brett Simon. “This year we saw a number of Caribbean storage projects approved and built,” he said.